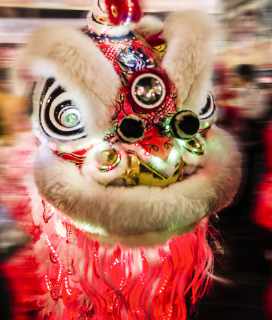 The SF Chinese New Year Parade in San Francisco is one of the few remaining night-illuminated Parades in North America and the biggest parade celebrating the lunar new year outside of Asia. Started in the 1860s by the Chinese in San Francisco as a means to educate the community about their culture, the Parade and Festival have grown to be the largest celebration of Asian culture outside of Asia.

Over 100 units will participate in the Chinese New Year Parade. A San Francisco tradition since just after the Gold Rush, the parade continues to delight and entertain the many hundreds of thousands of people who come to watch it on the street or tune in to watch it on television

Saturday, February 19th starting at 5:15 PM.
It is best to stake out your spot by 4:30. Check out their FAQ page to answer questions and see a map of the parade route.

Chinese New Year Community Street Fair
Immerse yourself in the sights and sounds of San Francisco’s exhilarating Chinatown during one of the community’s most exciting times of the year. You will find over 120 booths and concessions making this a shopper’s paradise.

The SF Chinese Chamber of Commerce has activities and entertainment for all ages. Enjoy Chinese folk dancing, opera, drumming and much more at the entertainment stage on Pacific St. below Grant Ave. Make sure to get a family photo with the giant puppets, dragon and other memorable artifacts from the Parade!