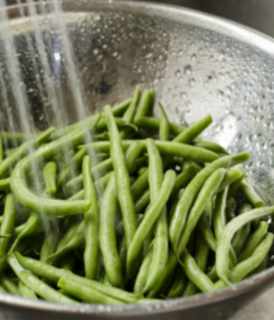 How’ve You Bean?
I took a trip to the farmer’s market over the weekend hoping for a little inspiration. I did not find it. The calendar might tell us that spring has sprung but the produce markets have not received that memo. We are, in fact, in that annual period where the weather says peas, berries, and apricots—but the produce aisles still say potatoes and cabbage.

There are bright spots though. I have noticed that the strawberries have been really good lately. And, the asparagus and artichokes have been great But, it still doesn’t feel quite like spring.

My veggie garden has been started and the peas and beans are thriving, though they are nowhere close to bearing any vegetables. So, I must wait and perhaps visit the farmer’s market again this weekend to see if I can pick up some early peas…or perhaps just some fresh green beans to tide me over.

This recipe for Amy’s Quick and Easy Green Beans is my favorite way to eat beans beyond steaming them. Though the flavor leans towards the East, these go well with any grilled meats or even stand on their own. 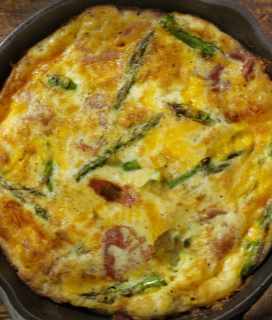 Loving The Tall Grass
It’s been a bumpy road to discovering my love of asparagus. As a kid, I would live in fear of the dinners where I would walk through the door and smell it steaming. If we were at my grandmother’s and I saw the hollandaise on the table, I knew it would be a rough night.

Back then asparagus wasn’t as readily available year-round as it is now. So, the arrival of those fat green stalks always heralded the beginning of spring—and filled me with dread thinking about what would be for dinner. From the moment asparagus appeared in the produce section, the regular and preferred vegetable component of our dinners switched from broccoli and frozen peas to a steady diet of asparagus prepared the same way, every time.

I can trace my change of heart vis-a-vis asparagus back to one night when I was living in San Francisco and attending a six-week cooking course. One of the many recipes we made that night was this Ragout of Fava Beans, Peas, and Asparagus with Pecorino and Crispy Prosciutto.

It was a lightbulb moment for me. Until then, I had strangely only had asparagus that was, usually, over-steamed, and I am not sure how I managed it. That recipe opened my eyes and taste buds to what asparagus is supposed to taste like. It’s a totally different experience when it is grilled…or roasted.

After having now explored asparagus used in any number of ways, you might ask what my current favorite way to enjoy asparagus is. The answer: steamed but still crunchy.

Perhaps it’s the obvious link to Easter. But, I also really like asparagus paired with eggs. This Asparagus, Tomato, and Fontina Frittata recipe is a great example. It’s delicious for brunch or paired with a salad for a light lunch. And, it does work well for an Easter buffet. 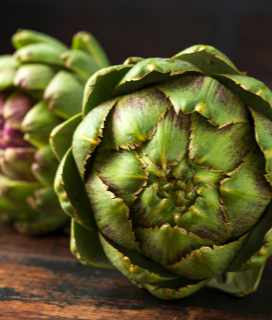 Thistle Do!
I have always had a thing for steamed artichokes. It started when I was a kid. My grandmother was a huge fan of artichokes and she passed that love on to me. My sister and my mother weren’t as crazy about them. So, it was a connection that was just between me and my grandmother. It was ritualistic.

She would get so excited for the Spring because it would mean that artichokes would be in season. And, she would take a trip to Watsonville just to get the freshest ones. At home, she would steam them, and we would devour them with a dollop of mayonnaise on the side. Always mayo. Never butter, vinaigrette, or anything else. I have since embraced other options like chipotle aioli to aid my obsession. But, I admit that the mayo is still my favorite way to eat the leaves of a choke.

It never occurred to me growing up that the love my grandmother and I had for artichokes wasn’t universal and that other people wouldn’t have the same fondness for artichokes. I was completely shocked when I went away for college and encountered friends who hadn’t even heard of an artichoke—let alone eaten one. But my grief at the lack of artichoke reverence was lifted by the lovely woman who was the house manager for my sorority.

Ms. Church lived on the premises and managed more than just the kitchens and the grounds. She was an invaluable resource for anything we needed. She didn’t have any kids of her own. So, Ms. Church considered us all hers. She was classy as hell and didn’t take any crap. But, she was also a lot of fun. Ann Church liked her cocktails, smokes, dirty jokes, tv shows, drove a hot little Cadillac, and she was as crazy about artichokes as I am. (She was basically my hero).

Every Spring Ms. Church would order cases of artichokes that would be steamed to eat for dinner for the whole house. There was nothing else to go with them. Just the artichokes. No chicken. No potatoes. Just chokes. It was fantastic. I spent most of my first artichoke dinner explaining to others how to eat them. But, every artichoke dinner after that I sat next to Ms. Church, and we happily gorged ourselves while others looked on and thought we were nuts.

My daughter has inherited my love of artichokes, although her enthusiasm may not always match mine. We did enjoy our first giant choke of the season the other day though. It was glorious…

It is not difficult to prepare steamed artichokes. It just takes a little time for them to steam and to allow them to return to room temperature. So, if you are planning a dinner party, steam the artichokes first and set them aside. They make a lovely appetizer.  END_OF_DOCUMENT_TOKEN_TO_BE_REPLACED 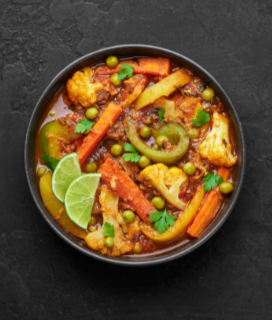 Spice it Up
There is always a bit of a letdown after the holidays. After weeks of planning and food and get-togethers, all the excitement and frenetic energy are just gone. It’s sitting out beside your driveway with the Christmas tree. (Wow, aren’t I a ray of sunshine?) I have mentioned in the past that in January my food choices tend to skew towards the super spicy. And, I think this post-holiday void is at least part of the reason.

Curries have been on my mind—if only because they are a great way to combine the healthy eating we all seem to take a stab at in the beginning of the new year with the much-needed oompf of aromatics and heat. While the aspirations of leading a vegetable-forward, healthy clean life may fade as we head into February, exploring the world of curry can take you into next month and beyond because there are so many possibilities.

When most people think of curry they immediately think of India, but curries are found in a wide range of countries and cultures thanks to centuries of commerce practiced along trade routes like the Silk Road and the Curry Trail. Today you will find delicious curries not only in India but in Africa and South America as well as Indonesia, Malaysia, Hong Kong, Japan, and so many more countries.

Our recipe for South Indian Mixed Vegetable Curry is a simple one. Some of the ingredients can be hard to find (especially in the current trade climate). So, I have listed their substitutes as well…