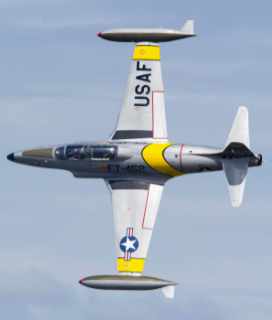 It’s a bird! It’s a plane! It’s a loud plane!
Get ready for the buzzzzzzz. Fleet Week 2022 is coming. The waterfront event is headlined by The U.S. Navy Blue Angels and is the only air show in the United States with a commercial airliner, the United 777, to perform a fully choreographed act.

An annual public event, San Francisco Fleet Week 2022 honors the contributions of the men and women of the United States Armed Forces while advancing cooperation and knowledge among civilian—and military-based Humanitarian Assistance personnel.

Taking place every October on the Marina Green over Italian Heritage Weekend, Fleet Week’s air show and the parade of ships have become an integral part of SF local culture.

Get tickets for the air shows at the Fleet Week website.

Other related events
Parade of Ships Friday, October 7th at 11 AM along the San Francisco Waterfront.

K9 Heroes on Saturday, October 8th from 10 AM to 2 PM at Duboce Park with a performance by the 1st Marine Division Band.

Veterans Art Exhibit at the Academy of Art University’s Photo Gallery from October 3rd through 11th from 9 AM to 5 PM.