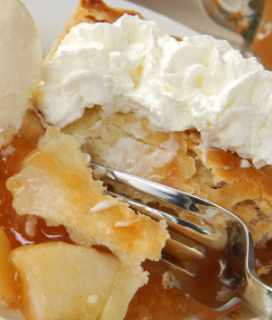 End of an Era
Yesterday my two sons played their last baseball game. Well, let’s just say it’s their last competitive baseball game. My guess is they will find their way to an intramural team or maybe an adult league somewhere at some point. But, the days of practice every day after school and watching the league standings to see if they make the NCS playoffs are over.

The two of them started playing thirteen years ago with t-ball. Along the way, we have experienced the highest of highs and some pretty low lows. Playing that long requires a lot of effort as well as a lot of time. There were vacation plans that had to be changed due to tournaments and plenty of split-duty weekends when plans just couldn’t be changed. Along the way, we made lifelong friends with the families of other players. The Cooperstown tournament, when they were twelve, will be an experience that the boys will never forget. And, they will be able to bore their kids with the telling of it well into their 80s. It was an experience my husband and I will also never forget—mostly because of the people involved with that team.

Six of the twelve players from that team continued playing together right up until the final out last night. This is no small feat considering how competitive it is to make the varsity team at their high school. We were all emotional, including the boys, but we did manage to get those six together for a picture.

Now the boys aren’t sure what they are going to do with this newfound free time. Our response was to get a job. So far one has managed that task. We’re crossing our fingers the other gets something soon.

It will be an adjustment for my husband and me as well. Suddenly our Tuesday and Thursday evenings have opened up. Guess we’ll just have to deal the old-fashioned way…Baseball (on TV), hot dogs, and apple pie…luckily, this recipe for Apple Slab Pie could feed the whole team!

This Apple Slab Pie has a higher proportion of crust-to-filling than your standard 9-inch round double-crusted pie. And, the crusts of slab pies tend to puff into gorgeous flakes far more readily than standard pie crusts do. So, this recipe is perfect if you’re into crusts!

For the finish
1 egg beaten with 1 tbsp water

Directions
Measure the crust ingredients
Measure the flour into a large, wide bowl. Whisk in the sugar and salt. Cube the butter and toss it in to coat them with the flour.

Incorporate the butter
Using a pastry blender or two forks, mash up the butter into smaller pieces, about the size of peas. Once the mixture beings to look uniform and slightly crumbly, stir in 1/2 cup of water with a rubber spatula until the water is absorbed and the dough starts to come together. If the dough is still dry and crumbly, sprinkle in the remaining 1/4 cup of water, 1 tablespoon at a time until the dough just starts to come together. Bring the dough together with your hands until it forms a soft and almost loose ball.

Chill the dough
Divide the pie dough into two pieces, one slightly larger than the other. Transfer each piece of dough onto a sheet of plastic wrap and mold it into a rectangular shape, about 1-inch thick. If necessary, use the plastic wrap to help bring the dough together. Chill the dough in the refrigerator for at least 2 hours before using.

Make the filling
Chop the peeled and cored apples into approximately 1/2-inch chunks (you should have about 10 cups of apples) In a very large bowl, toss the apple chunks with the lemon juice. Mix the sugar, cornstarch, cinnamon, nutmeg, allspice, and salt together in a medium bowl. Sprinkle the sugar-spice mixture over the apples and toss them well to coat. Set the apples aside.

Line the pan
Line the bottom of a 10 × 15 × 1-inch baking sheet (or similarly-sized jelly roll pan) with a piece of parchment paper.

Roll out the dough
Using a rolling pin, roll out the larger piece of dough on a well-floured pastry cloth or another surface into an 18 x 13-inch rectangle. Transfer the piece to the pan and drape the edges of the dough over the sides of the pan. Gently push the dough down into the inside and corners of the pan. Slip the pan into the fridge or freezer while you roll out the second piece of dough into a 16 x 11-inch rectangle.

Assemble the pie
Remove the pan from the fridge/freezer and pour the apples and their juices over the dough in the pan They will cook down, so pile them up high.

Drape the second sheet of dough over the apples. Trim the dough to where both top and bottom edges hang about 3/4-inch over the edge of the pan. Seal up the edges tightly with your fingers.

Bake until the top crust is a nice golden brown and the filling is bubbling through the holes in the crust (about 40 to 45 minutes).

Cool the pie on a wire rack for at least 45 minutes before cutting and serving—do not attempt to slice while the pie is hot.

The pie will keep at room temperature for about three days