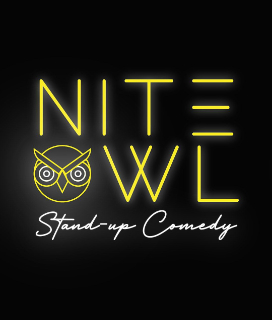 See live comedy on the Avenue in the intimate and cozy environment of a favorite local bookshop. BYOB.

Owl & Company Bookstore is located at 3941 Piedmont Avenue. They specialize in everything out of the ordinary. They carry thousands of used books, pamphlets, magazines & journals. Their strengths include Nature, the exact and inexact Sciences, Languages, Travel, Spirituality, Literature, Latin America, and Technology.

Reserve your tickets for Nite Owl: Stand-Up Comedy on Eventbrite. You can use the drop-down menu to choose what evening to want to attend. The next shoe is on January 7th, 2022.