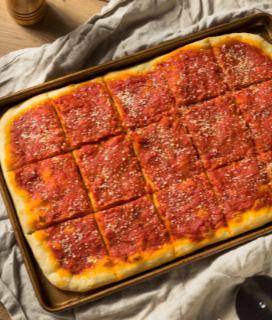 Baseball—Philly Style
After 12 years of little league, travel, and ultimately, Division One High School ball, it’s safe to say that we are baseball people. Well, my daughter is indifferent. I blame too many weekends of being dragged to tournaments and enduring my vocal enthusiasm. My husband and I have our favorite team that we love to watch but also have no problem tuning into a different game if only to passionately root for a division rival to go down in flames. (I’m looking at you, Dodgers…) Unfortunately, there was a lot of that this past season.

The end of October means that the World Series is once again upon us and I was really hoping for the feel-good story of finally seeing the Mariners get to the dance but alas, that was not meant to be. I would have been good with a New York v.s. San Diego series because there were so many interesting storylines. Aaron Judge and his home runs…San Diego spending a lot of money to get Soto…East v.ss West…you get the idea.

Instead, we have the Astros v.s .the Phillies. Not really all that exciting to this West Coaster. I am having a difficult time getting enthusiastic about watching this matchup. (Let’s be clear though, I will still watch. This is the world series after all.) The Astro’s recent scandal makes it hard to really get behind them. Plus, this will be the fourth time in five years that they have been in the Fall Classic. It’s time for someone new.

The Phillies haven’t been in the World Series since 2009. So, for that reason alone I am hoping they go all the way. And, since this is how I roll, it gives me the opportunity to explore the culinary wonders of Philadelphia beyond the obvious cheesesteak.

I have it on good authority from a friend and Philadelphia native, that a tomato pie is as quintessentially Philadelphian as cheesesteak. Now, I’m not here to start any wars but I am always here for trying something new to me. Also, I am always good with tasty carbs that can feed a crowd…

Tomato Pie is closer to a saucy focaccia than classic pizza. It has a thick Sicilian-style crust and is dominated by a rich, smooth tomato sauce, flavored with herbs, and with just a shake of cheese. Sold at local bakeries at room temperature it is quintessentially a Philadelphia treat.

We suggest mixing the dough the night before and allowing it to proof overnight in the fridge. This allows ample time for the flavor to develop and the gluten to build slowly. It is cooked at a relatively low temperature for a pizza to attain an evenly-browned crust. Most importantly, allow the pie to cool when it comes out of the oven before dusting it with Pecorino Romano cheese.

Directions
Make the dough
Combine the flour, salt, and yeast in the bowl of a stand mixer fitted with the dough hook attachment*. Whisk to combine. Add olive oil and water. Knead on low speed just until the dough comes together (about 3 minutes). Allow the dough to rest for 10 minutes, then knead once more on low speed for 10 minutes. The dough should pull away from the sides of the bowl but stick to the bottom.

*If you don’t have a stand mixer, mix the dry ingredients with a wooden spoon and knead with your hands.

Meanwhile, make the sauce
Heat the olive oil and butter in a medium saucepan over medium-high heat until the butter melts. Add the garlic, oregano, and pepper flakes. Cook, stirring continuously until the garlic is softened and fragrant (about 1 minute).

Add the tomatoes, sugar, and the whole shallot. Bring the sauce to a bare simmer and cook, stirring occasionally, until rich and thick (about 45 minutes). Season the sauce to taste with salt. Allow it to cool in the fridge while the dough rises.

Form the pie
Two hours before baking, remove the dough from the fridge.

Generously grease the inside of a 13″ x 18″ rimmed baking sheet with olive oil (about 3 tablespoons). Turn the dough out onto a lightly-floured board. And, form it into a flat ball. Transfer the dough to the baking sheet. Using your hands, coat the ball on all sides with olive oil.

Loosely cover the baking sheet with plastic wrap and allow the dough to rise in a warm spot for 1 hour. The dough should spread out.

Carefully stretch and push the dough into the corners and edges of the pan. Cover loosely, and let rise for 1 hour longer.

Pre-heat the oven
While the dough is rising, adjust your oven rack to the upper-middle position and preheat the oven to 450° F.

Assemble the pie
When the dough has risen, gently poke the center of the dough with your fingertips. Then press with the side of your hand to create a risen ridge about 1-inch wide around the edge.

Spread the sauce generously over the dough, leaving the raised 1-inch edge un-sauced.

Bake the pie
Bake the pie until the edges are a light golden brown and crisp (about 20 minutes). Rotate the pan once halfway through to bake evenly.

Remove the pie from the oven and allow it to cool at room temperature for at least 15 minutes. Sprinkle with the grated Romano cheese.

Cut the Tomato Pie into square slices, and serve.